Dave Barkshire has become a huge name in the Norfolk motorcycling world, working some 38 years in the used motorbike trade, branching into motorcycle training and off-roading along the way. It’s true to say that Dave has created his own success story.

It all began with a broken Bobby Charlton Football Game. Strange, but true!

If the game hadn't broken, Dave may never have become part of the motorcycling world.

As a young teenager, Dave was visiting his dad in Norwich, when he discovered that his beloved game was broken. It wasn't an option to simply go and buy another, so the pair decided to try and mend it, which involved tracking down a new ball bearing. So off they went to a local motorbike dealership, VJ Austin, to find the part. The young Mr Barkshire was so enamoured with the workshop that he asked for a job on the spot, and amazingly started there that Saturday morning!

With his passion for motorbikes ignited, Dave immersed himself in the industry, with his enthusiasm growing alongside his experience over the next 42 years.

His newfound job offered him a focus and prevented him from becoming involved in trouble on the streets. He soon learnt to strip down and build motorbikes from their components, as well as carry out repairs. He even built his first ride, a Honda C90, just a few years later.

The eldest of four, Dave was determined to make enough money to make a better life for himself and his family. He remembers thinking that he didn't want to be 'poor', but to succeed in life, developing his skills and becoming financially secure through hard work and determination.

Dave spent nine years working in various yards around Norwich, but became increasingly disillusioned when his former employers started to loose their customer focus, aiming instead for the hard sell. So, in 1983 he quit his job and opened his first workshop in Lenwade, Norwich with financial help from local businessmen. Initial equipment purchases included a compressor and hydraulic bench that he still uses today.

Dave enthuses, "I was passionate about motorcycling, it wasn't just a job to me. The work I did was a reflection of me as a person and I felt people weren't being treated the way they should be, so I decided to go on my own to give that kind of service. I think we give our customers the personal touch and it must be working as we are still here a quarter of a century later!” 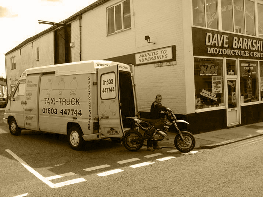 Over the years, Dave has become an established member of the "old school” motorbike dealers in the city, and a proud father of five, delighted that two of his children are taking an interest and racing regularly. For him, motorbikes are a real passion, "You've got to want to ride; you've got to look at the thrill of riding a motorbike! I love riding my bikes.”

Now based on the Rackheath Industrial Estate near Norwich, Dave Barkshire Motorcycles currently employs four staff. Thanks to the ongoing success of the business, work has recently been taking place to build a new showroom at Rackheath to cope with the ever-growing demand – testament that the personal approach has been a great success!

Dave’s other ventures include a very successful motorbike training facility at Salhouse, Norwich and a popular enduro practice track, Hit The Dirt, at Swaffham, Norfolk.

You have to agree, Dave’s is an inspiring story, proving that you don't have to be born into wealth or opportunity, you just need PASSION, DRIVE AND DETERMINATION TO SUCCEED! 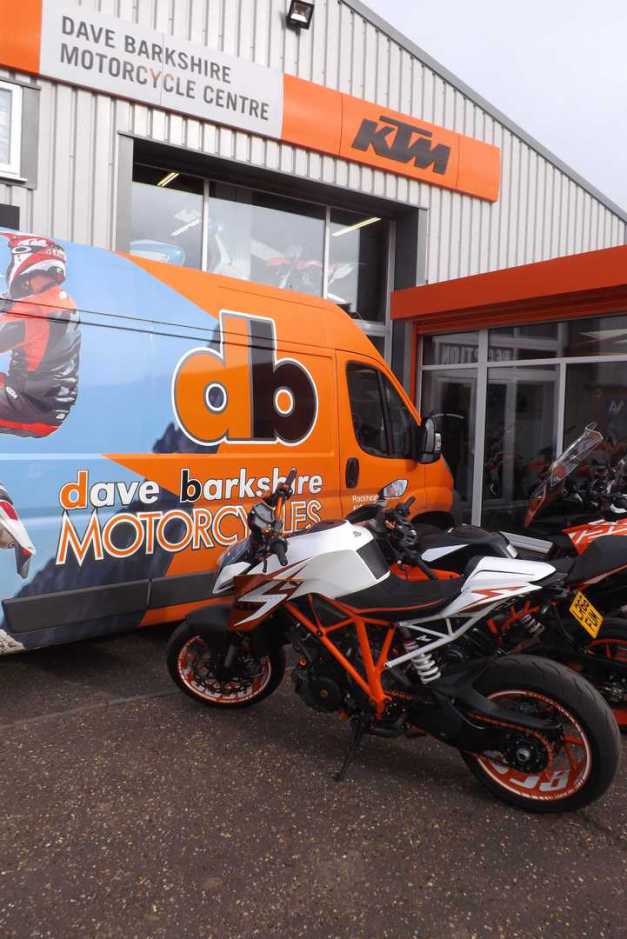 Well done to Jemma and Calvin on passing Mod1, 3rd May 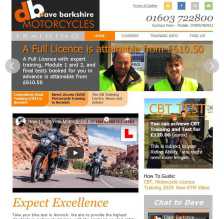 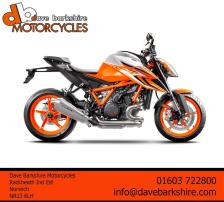 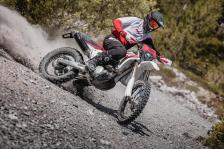 Phil taking delivery of his 300 EXC in time for the long weekend, 30th April 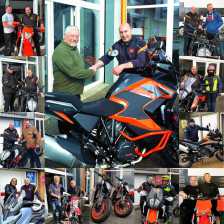 Finally! After many years Dave has managed to convince an old friend to come over to the world of orange

Get social with us

Visit our Showroom at: 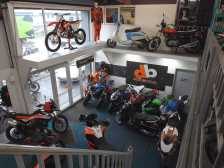 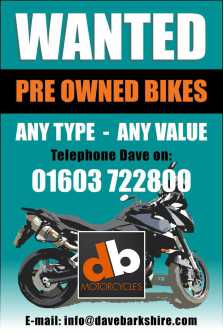 If you have any queries or wish to make an appointment, please contact us on: